10 June 2008 | By Jamie Davey
Not only spilling details on some new units and the control scheme fans can come to expect but they've also said online co-operative play has made the list.

6-player matches over Xbox Live have made it too. Halo Wars is an Xbox360 exclusive and should be committing war crimes this October.

The magazine has already been picked over by the community with its ten paged plastered over numerous sites. Detailed within are some UNSC vehicles called Vultures, Cyclops and Cobras, the campaign will also take place on both human and covenant worlds. 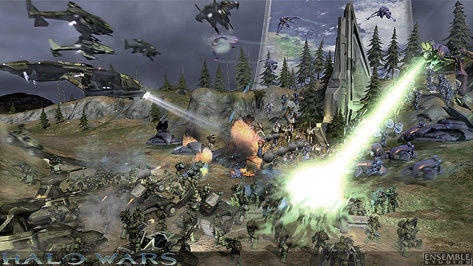