Epic: Unreal Engine 4.0 will target the Xbox360 and PS3 successors

13 March 2008 | By Jamie Davey
CEO of Epic Games and creator of Unreal, Tim Sweeney, has said in an interview with TG Daily that the next generation of consoles will be able to handle the advancements of 4.0, with PC to follow shortly after.

If Nintendo released a beefed up system that would be supported too, he was quick to add 3.0 will be around for some time though.

"The Unreal engine is really tied to a console cycle. We will continue to improve Unreal Engine 3 and add significant new features through the end of this console cycle. So, it is normal to expect that we will add new stuff in 2011 and 2012," says Sweeney.

"There is a long life ahead for Unreal Engine 3. Version 4 will exclusively target the next console generation, Microsoft's successor for the Xbox 360, Sony's successor for the Playstation 3 - and if Nintendo ships a machine with similar hardware specs, then that also. PCs will follow after that."

It's almost scary to think just how far we'll leap in terms of visual and AI programming for games by 2012 and into the 20-teens. Click here to read the full interview between TG Daily and Tim Sweeney. 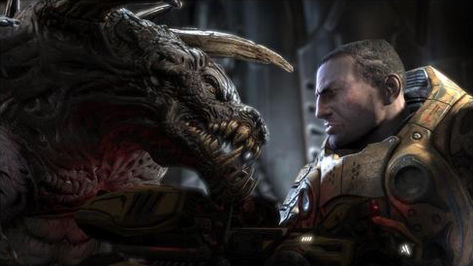