Trophies confirmed for Prince of Persia 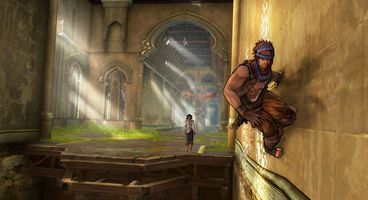 After the recent confusion over whether or not Prince of Persia will support the ever-popular trophy system on the PlayStation 3, we can finally confirm that it will. Much has been made about the potential of rewarding players for their actions, and it's fair to say that the majority will rejoice about this.

Many major sources may have led us to believe that the Prince was to return without an award in hand, but the latest build from the Tokyo Games Show 2008 enables us to believe otherwise. It seems many of the early trophies are based around new gameplay mechanics that allow the player to get into the rhythm of the Prince's new flow.

With a new cell-shaded direction, and a lot more power to use, it seems that Prince of Persia could be back with a vengeance. Let's hope that the trophies aren't just for us gamers, and that the Prince's form hits the excellent heights of previous instalments with his trademark, effortless swagger.