EA: PC version of FIFA 09 slimmed down due to not having enough CPU power 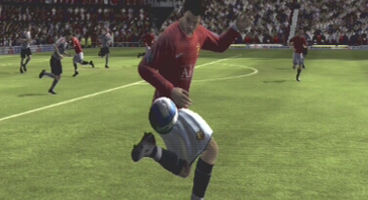 Electronic Arts took a shot at PC gamers this week when an EA Community Representative announced on their public forums that the PC version of FIFA Soccer 09 would be a slimmed down version of the game as released on the Xbox 360 and Playstation 3. The Community Rep. said that while the PC game will deliver a "very deep gameplay engine" and that it will have "leading-edge visuals", the game would be simplified because the PC does not have "the CPU processing power required for the architecture of the game".

The representative went on to add, “The majority of gamers PC's do not have enough CPU processing power for this architecture, so FIFA09 on PC has been built to have the best possible graphics and gameplay engine while still being accessible to as many fans of the game as possible. If the architecture was identical to the Xbox 360 and PlayStation 3 versions, FIFA09 on PC would only be accessible to 1-3% of the PC systems on the market”

After receiving much criticism the community spokesman posted a follow-up post defending his claim that PC systems do not have sufficient CPU processing power to run the game as designed for the console systems.