15 October 2008 | By Simon Priest
Peter Molyneux whilst at a posh event in London has revealed further that next year's GDC is the place to be for Lionhead news.

Microsoft are "super excited" about it apparently and want to "shock and awe" everyone with it. Kikizo report that Molyneux was practically fighting himself not to spill the beans.

However, he said that Microsoft was cautious about showing it so soon: "Everyone at Microsoft who's seen it is super excited about it - I mean there's just this huge anticipation for us to finally show it, because it is so unbelievably ambitious", he said.

But he told us that Microsoft wants to "shock and awe" the games industry when it's shown for the first time, which could mean the unveiling takes a bit longer to polish and get ready. It visibly troubles Peter not to elaborate, but at the end of the day it's Microsoft's say on when and how it gets shown.

He also told us the game will receive major attention when it's finally shown, not just for its innovation ("there's nothing else remotely like it ever before"), but because it's seriously controversial: "Especially with the current timing, this will be really, politically contentious", he told us.

The project has been a long kept secret at the studio and is the result of successful experiment. Lionhead Studios has a number of teams working with experimental ideas and technology and some pay off - like one-button combat.

Fortunately we all have the impending Fable II to keep us well chuffed until the GDC announcement. 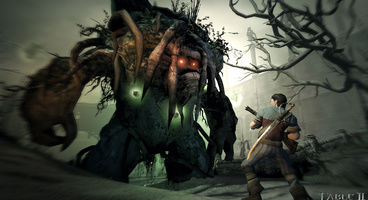 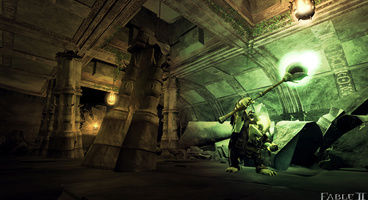