Flagship Studios down but not out, has "laid off most employees"

16 July 2008 | By Simon Priest
Recently the Hellgate: London and Mythos developer has been swamped with bad news and now those bad tidings are confirmed, but the studio is still alive - though barely.

They still retain ownership of all technologies and their IPs. They have discontinued all subscriptions with Hellgate and stopped billing.

Despite their optimism they still have some arduous journeys left before fleeing the woods. Asia-based HanbitSoft is still sabre rattling for the intellectual property rights. Here's the official press release from Flagship Studios:

Flagship Studios has announced today that despite rumors to the contrary, the company is still operating.

"It is with deep regret that I must announce that Flagship Studios has laid off most employees. However, the core management and founding team members are still at Flagship." said Bill Roper, CEO of Flagship Studios. "The past five years have been an incredible experience for us, but unfortunately, we couldn't sustain the size of the company any longer."

Flagship wishes to extend their heartfelt thanks to those that have supported the company and games over the past five years. 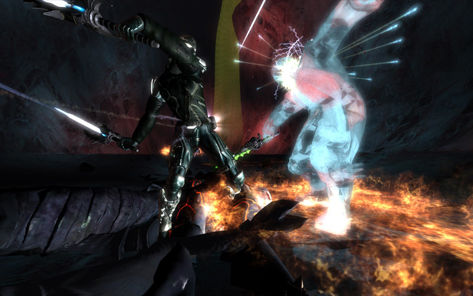