19 February 2008 | By Kres
Telltale are pleased to announce that industry veterans Mike Stemmle, Justin Chin, and Brett Tosti have joined the company. These new additions come as part of a sustained wave of growth that has nearly doubled the studio's size since this time last year. The rapid growth speaks to Telltale's commitment to build and diversify the studio's product and platform offerings in the coming year. 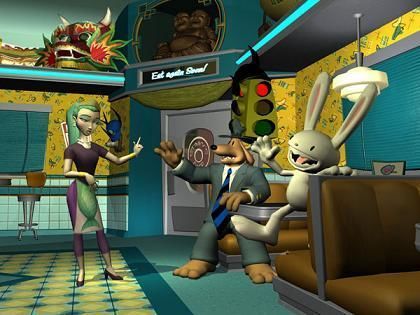 Telltale's most recent hire, Mike Stemmle, has joined the studio as a designer for the popular and critically-acclaimed episodic Sam & Max series, as well as other upcoming projects. Stemmle is best known for his work at LucasArts as a co-designer on the classic Sam & Max Hit the Road, and as lead designer on Sam & Max Freelance Police before its cancellation. His other credits include Escape from Monkey Island and Afterlife.

"Mere words are proving woefully inadequate to describe my delight at hooking up with this fiendishly dedicated crew," says Stemmle. "The excitement and talent swirling around Telltale remind me of the geysers of imagination that erupted across the gaming industry in the early 90's. Only this time, with rational production schedules."

Telltale is also building up its internal production expertise with the addition of executive producers to oversee two unannounced series currently in development. Justin Chin, an award-winning artist and designer, has nearly twenty years of experience working with companies such as Electronic Arts, Activision, Sega, LucasArts, and Midway. Chin most recently served as a senior designer on The Simpsons Game, which shipped for Xbox 360, Wii, and other platforms in Fall 2007. Chin's previous credits include the Dark Forces: Jedi Knight series and Medal of Honor: Allied Assault Breakthrough. Brett Tosti has worked as a producer on high-profile PC and console games since 1992, for Factor-5, Sony Entertainment, and LucasArts. His credits include the Rogue Squadron games for Nintendo 64, Rogue Squadron III: Rebel Strike for GameCube, and Lair for PlayStation 3. As Telltale's executive producers, Chin and Tosti will increase the studio's output and contribute to the company's growth in multi-platform development.

"By adding some of the industry's most talented and innovative veterans, we are solidifying our position as a leader in defining the next generation of entertainment. Because Telltale offers a new way of doing things focused on creative freedom and new ideas, I believe we will continue to be a magnet for the best minds and talent in the business," says CEO Dan Connors. "All this great talent is accelerating our plans to take advantage of the momentum Telltale has earned through the first two seasons of Sam & Max. We'll be announcing several new episodic series on multiple platforms in the near future, to offer even more new experiences for fans. Stay tuned!"

Along with these game industry veterans, Telltale continues to bring in talent from other sectors of the entertainment industry. Recent hires include Andy Hartzell, author and illustrator of the graphic novel Fox Bunny Funny, and Grant Alexander, who worked as a background and concept artist on the Adult Swim cartoon Lucy: Daughter of the Devil.

Further expansion of the studio's creative, technical, and executive teams is planned to continue throughout 2008. Telltale will share additional information about new projects under development for PC and console platforms in the coming months. A full list of employee bios, as well as recent announcements and details about Telltale's ongoing Sam & Max episodic series, can be viewed at www.telltalegames.com.