Crysis Warhead will be optimized to work with lowend PCs 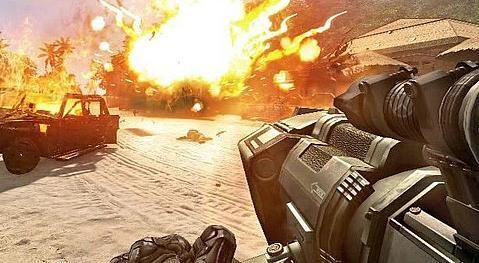 In an interview with PC games.de the co-founder and President of Crytek studios, Cevat Yerli, announced that the upcoming Crysis Warhead engine has been optimized to work better with low end PCs than the original Crysis. Crysis Warhead is currently under development at Crytek’s Budapest studio and will be using their CryENGINE® 2 technology.

Yerli revealed that one of the team goals with Crysis Warhead was to produce a game that would not only run on a € 400 system (approximately $620) but that it would provide a good game experience running at 30 to 35 fps for users on those systems, with the details set to high.

The original Crysis generated complaints from users because of slow frame rates and other graphical performance problems. Some users reported that even high end video cards were insufficient to run the game at full detail levels with a satisfactory frame rate. Yerli mentioned that there was a possibility of applying their current optimizations to the original Crysis, however, this game is no longer being actively patched by Crytek Studios and no further details were released.