20 June 2008 | By Jamie Davey
The new and improved version of CD Projekt's great and engaging RPG The Witcher will now be arriving in stores early September.

It comes with a string of enhancements and tweaks to the gameplay and atmosphere. The delay is so that all localisation versions can ship together.

The English version is said to be packed with a lot more dialogue which the other languages already enjoy in the current edition of the game. Combat is another area that has been given a retune and load times are said to be near non-existent with huge reductions.

The Witcher has received much acclaim for its deep storyline, which is based on the novels, and the opportunity for players to choose their own allegiances and then watching the impact unfold in Geralt's world.

There'll be fifty new models for NPC characters as well as improved gestures and entirely new voice acting too, with better facial animations. To those who already own the game all this additional content will be provided free of charge, the Enhanced Edition retail box will come with extra goodies though like music CDs, video DVD and the adventure editor.

Click here to read our PC review of The Witcher. 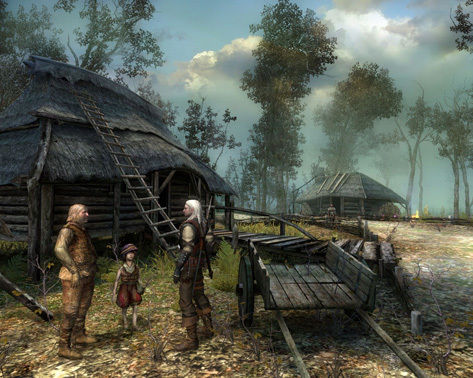