Killzone 2 delay to February '09 is purely a "management decision"

21 May 2008 | By Jamie Davey
Sony's Ron Eagle has come out lampooning any notion it was pushed back because of quality issues saying "there is nothing wrong".

He said their management concern was about too many "shooters in the marketplace competing for retail dollars during the same holiday season."

"Just wanted to add a quick reply on the 'delay' of Killzone 2 to Feb 2009. To be clear, there is nothing wrong or causing a delay to the development of the title. We (SCEA) had to look at the fall calendar with SOCOM, LittleBigPlanet, MotorStorm: Pacific Rift, Resistance 2, plus some PSN titles and make a decision where each game should come out," said SCEA's Ron Eagle.

"Killzone 2 was moved to Feb 2009 to make sure we didn't have three shooters in the marketplace competing for retail dollars during the same holiday season. The game will be great and it will be out in Feb 2009 in both Europe and North America."

Eagle admitted "a lot of times we gamers read delay and think something is wrong", but he stresses at the end that this was "a pure management decision."

Aside from PS3 releases, Microsoft's Gears of War 2 releases this winter which would have further hampered Killzone's return - of course you don't need a 'read between the lines' degree to work that out.

Fans won't be all that impressed though knowing the marketing suits are the culprits behind their extended wait, you'd best duck and cover boys. 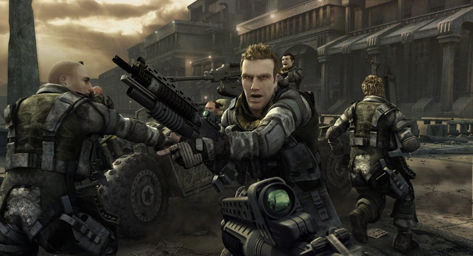