21 August 2008 | By Simon Priest
Konami have announced a new game from Mercury Steam, the team behind Clive Barker's Jericho. Set in the Middle Ages it swirls around "murder and betrayal."

It's coming to Xbox 360 and PS3 sometime in 2010 so there's a little way to go yet. It'll feature a "Combat Cross," a multi-functional weapon thingy.

The game is a third-person action-adventure with puzzle-solving, exploration and sports their multi-functional weapon system. The game's story focuses on "one man's journey to discover the true meaning of sacrifice amidst murder and betrayal."

"Every element of the game pushes the host hardware to its limits," said Konami product planning head Dave Cox. "It is truly an epic game but telling a human and emotive story. This is a title we hope will set a new standard for action-adventure titles." 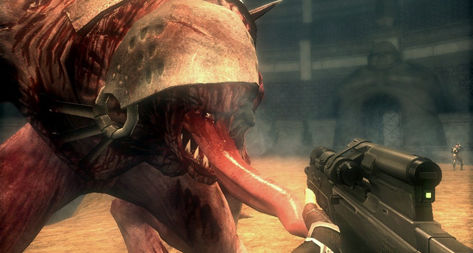