22 April 2008 | By Jamie Davey
According to the recent article from the guys and gals at CVG, upcoming DLC for Rockstar's insanely anticipated GTAIV may have "new downloadable cities."

They claim Rockstar "is clearly hinting" at the notion, are they also suggesting this is what Microsoft coughed up all those big bucks for?

The sheer size of a new city to come chugging along down the wire does seem incredibly unrealistic. Textures, model data, voice-overs, radio stations... Rockstar are all about quality so hammering out a new city through DLC wouldn't be just some quick urban reorganisation - they'd go the full hog.

"GTA IV's expansions are to GTA IV what Vice City or San Andreas were GTA III. Yes, Rockstar is clearly hinting at new downloadable cities; and the chances of them being London, Vice City or SA again are slim to none. So that's new as in brand new. GTA IV's Liberty City is the beginning. Think about that and be excited," read the CVG article.

While they may include a large array of new goodies, and possibly even release a new borough or two for Liberty City, including a whole new urban sprawl seems far-fetched. Of course if anyone was bold enough to attempt such a thing it would be the Houser's.

I think we can safely assume the author of that article may have got swept up in the loveable madness of GTA. I for one will be just ecstatic to get my hands on the game this April 29th. 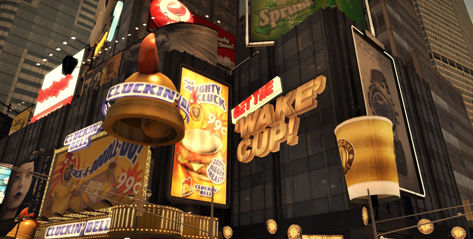