22 August 2008 | By Joe Robinson
Despite having released the game 3 months ago, the Funcom team had set up shop this year right in the heart of the Messe. They had a wonderfully crafted castle-like hub, complete with a stage, demo booths and of course scantily clad women.

They also had several press-only demonstrations for the brand new content coming to the game within the next year. Producer Thorbjorn Olsen was present, and helped take us through what players can expect from the funcom team in the coming months. 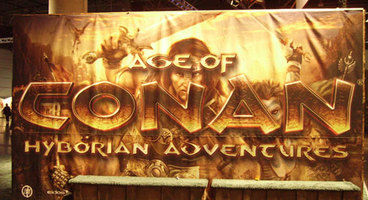 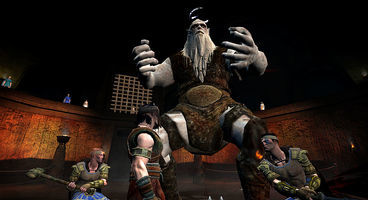 It appears that they have taken on aboard a lot of the player feedback, concentrating mainly on the requests for more content. They had a number of new areas to show, the hitherto closed Tarentia Commoners District, and a new high-level area called Ymir’s pass. Both will be fully integrated into the game and both will have their own side stories and quests to establish their relevance to the Conan world.

They both also require different ways to play through them, with Ymir’s pass playing more like a generic high-end area, and the Commoners District requiring you to traverse the rooftops much like Assassin’s Creed.

Funcom are also adding more items to the game, mainly in terms of Armour and especially armour variations. They had a score of high-end raid sets to show off for the different classes, and they were looking pretty slick. 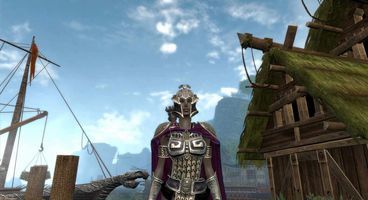 Another big point of feed back that the team has taken onboard is the lack of dungeons, and so not only have they added more, especially high end instances, they have also listened to the players and gone back and re-done a couple of the original dungeons as well.

One of these was Blackcastle, which has been completely revamped to incorporate the new features, which include traps and better loot generation. Other new dungeons included a level 80 dungeon in the Thunder River area, and a dungeon known only as the House of Kron

The demonstration also showed off another new feature, which isn’t limited to dungeons: Environment based quests. Instead of every quest coming from a person, specially created bits of environment or points of interest can generate quests. Like a severed torso lying randomly on an alter for example. 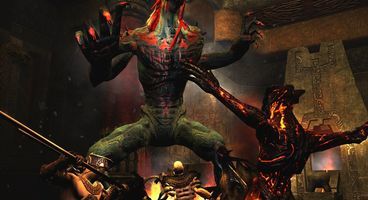 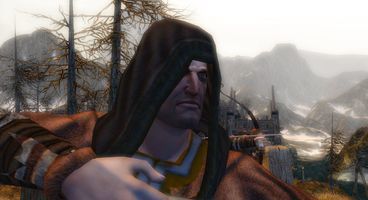 A PvP update is also in the works, with special items being made available for high level PvP players, Levels and experience, and penalties for picking on weaker players. Should a person kill too many people below their level range, they get marked as criminals, and are barred access from all of the towns and cities. Anyone who associates with that player is also branded a criminal, and criminals can be killed without consequence.

To round off the presentation, the funcom team showed us not only the changes made to the DirectX 10 version of the game, but also a teaser for the upcoming expansion pack.