23 July 2008 | By Simon Priest
Executive producer Alyssa Finley over at 2K Marin has revealed what gamers can expect when it comes to Rapture's "Olympian" trophies.

Finley explains that the Bronze level trophies were initially to help focus on"encouraging thoroughness and exploration" of the BioShock realm. Could you achieve 'Brass Balls'?

"Recently, the BioShock PS3 design team here at 2K Marin spent some time with the Trophy system for the PS3," begins Finley. "The Trophies for the PS3 are ranked as if you, the game player, were an Olympian. It seemed only right that we organize our thoughts by this method."

"Just like in the original BioShock, for the PS3 version our initial emphasis was on encouraging thoroughness and exploration of the BioShock universe. Each system in BioShock has a reward for the player that digs deep enough. Our hope is that players that may otherwise neglect a system will want to explore it just for the Trophy. Systems like Researching, Modifying Weapons, Hacking, and Crafting are all loaded with awards. A meticulous player will find themselves up to their armpits in prizes."

Much like the achievements for the Xbox360, the PS3 trophies is there to help developers encourage gamers to further explore and take up greater challenges during playthroughs.

This is where the thinking of 'Brass Balls' enters into the equation. "If you desire to be among the few who have this prestigious award on their mantle, you must win BioShock on Hard difficulty with the Vita-Chambers turned off," adds Finley.

Click here to read more of Alyssa Finley's experience over at the PlayStation.Blog. 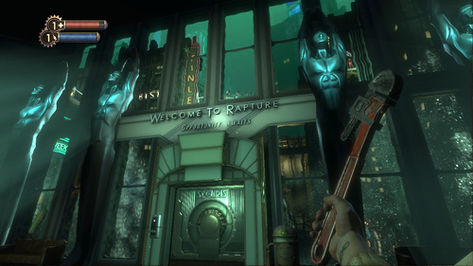