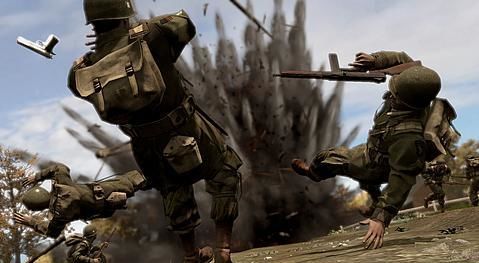 Gearbox CEO Randy Pitchford has confirmed there will be a demo for WW2 shooter Brothers in Arms: Hell's Highway.

The oft-delayed Hell's Highway is the third entry in the Brothers in Arms series and has been in development for several years. Players take on the role of Staff Sergeant Matt Baker as he leads a squad from the 101st Airborne Division through Operation Market Garden, the disastrous campaign devised by Field Marshall Bernard Montgomery.

In an interview with Bigdownload.com Pitchford stated that there will definitely be demos for the console versions, and "probably" a big demo for PC also, but could not say if they would be available before or after the release of the game. Brothers in Arms: Hell's Highway is due to go on sale for PC, Xbox 360 and Playstation 3 on 26th August.