27 June 2008 | By Jamie Davey
Yes the ravings of the super-enthused Diablo fans have been hushed a little as the latest splash artwork from Blizzard 'points' to WoW or StarCraft II.

Perhaps to teasingly throw a spanner in the works a purple penguin has even shown up. Blizzard's Worldwide Invitational takes place tomorrow in Paris, the French one.

Poor Kotaku has been flooded with conspiratorial images of Diablo II boxart "superimposed" on the recent splashes but now almost irrefutable proof slaps those down.

"Does this mean no Diablo III? Well, not exactly. It could very well mean that the splash page image has nothing to do with the new game being announced, lining up instead with the release date for Wrath of the Lich King or StarCraft 2. The more we see the less we seem to know. Fun, eh?"

Click here for Kotaku's stab at slaying the rumour beast. 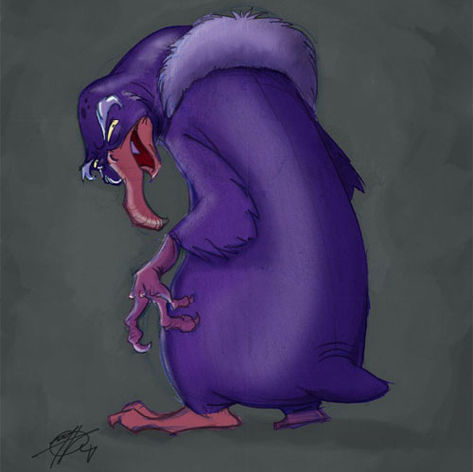 By the sideburns of Zeus! What is that?!