29 May 2008 | By Jamie Davey
They have also said feedback from the demo will not be taken lightly as they strive to hunt down any lingering exploits.

There will be two closed beta tests for the WWIII strategy game too, "one limited and one much much bigger."

"The balance of these games is the win or lose of the games," said Ubisoft content director Julian Geright. "We've balanced it fairly well, but we're doing two different beta tests."

"And then a demo where we're going to be able to balance on the results. We're doing a playtest with professional gamers to make sure there are as few exploits as possible before launch."

Ubisoft have pledged a continuous review of the games balance, much like developers tweak MMORPGs to ensure the playing field is as level and fair as can be.

"We're going to balancing even post-launch," Geright said. "It's an important thing for a strategy game to remain fun. They have those small imperfections that people latch on to, and then you change them."

Tom Clancy's EndWar is to be released on PC, Xbox360 and PS3 this winter. 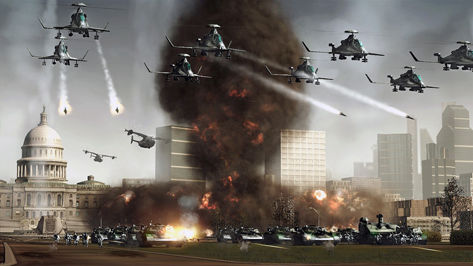