30 April 2008 | By Jamie Davey
Peter Moore has come clean about his decision to keep the PC version out of Madden NFL's next draft.

He says it simply "waned" as a platform for EA's sporting arm, he "made a business decision" and says they may well revisit the PC but with a different direction.

Consoles have always been a thorn to PC gaming and with the launch of next-gens things have steadily gone in their favour.

"It’s been very challenging for us over the past few years. People took some of what I said out of context – ’serious business challenges on the PC.’ Well, the sentence actually says ‘for the sports category on the PC.’ And – rightly or wrongly – we’ve built sports games to take advantage of the plasma televisions, and the new hi-def experiences that people are having in their homes. We’ve also built them to be very social. So whether it’s playing online, or equally likely, two or four of you in the room together, the PC business has just… waned."

Click here to read the full interview between GameDaily and Peter Moore. 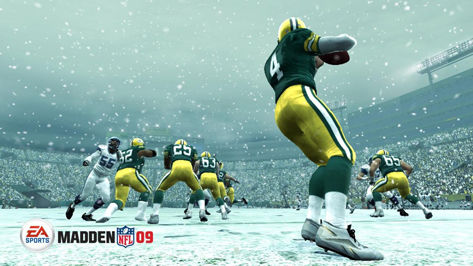