30 May 2008 | By Jamie Davey
Some juicy morsels have made their way through to us folk, the home versions of the upcoming brawler will feature exclusive characters the arcades won't get.

Online play is getting welcomed with open arms and clenched fists too, game's producer Yoshinori Ono says they'll be "watching the overall balance."

He said they won't be chucking new stuff in just so they can scream in press releases that they've got some new content, "we won't be adding unnecessary stuff." He said the game ports are also about 20% done.

Rufus is one of the new characters and is billed as a fierce rival to Ken, but Seth, CEO of S.I.N., is certainly the more interesting additions. He's the final boss and apparently can upload other fighting styles to himself; it's unclear if you get to play as him at any point.

Street Fighter IV is being released on PC, Xbox360 and PS3.

Click here to visit Famitsu.com for their first look, though it helps if you can read Japanese. 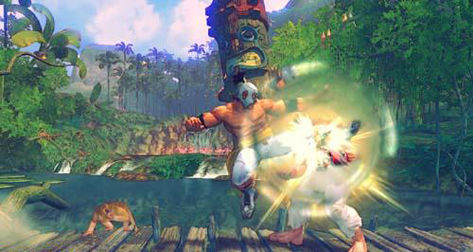