31 July 2008 | By Simon Priest
Elite's co-creator David Braben has revealed that the technology needed to tackle the next instalment in the Elite franchise is nearing completion.

First things first -- The Outsider -- Frontier's ambitious political adventure epic is releasing next year and has endured more than its share of stops and starts. Then it's onto Elite IV.

During the Develop conference, Braben allayed fan fears saying that the game "had not been forgotten" and would be focused on after The Outsider ships.

He did confirm that a team is actively working on Elite IV though, which he described as a "really amibitious project". The reason things have apparently taken so long is that Frontier have been testing and rejecting technologies.

"The Outsider is a true 'next generation' game focussed on a fresh, evolved gameplay experience, delivered with gorgeous graphics and built with key proprietary Frontier technology," reads the official site blurb.

"Abandoning the prescriptive, mostly linear story of current generation games, The Outsider stimulates characters' motivations in an immersive, dynamic world and storyline. This gives the player genuine freedom to change the story outcomes in a way not seen before - each player will get a truly unique, sophisticated experience."

The Outsider is being released on Xbox360 and PS3 sometime next year. 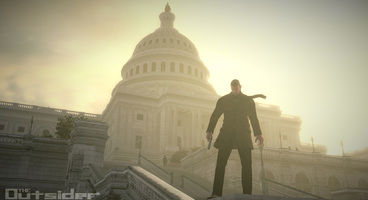 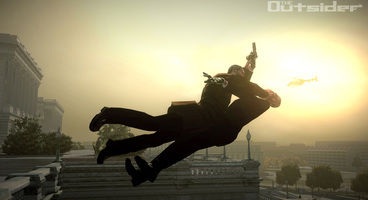