Blizzard "aren't in discussions" with Microsoft on a future Xbox

01 April 2009 | By Simon Priest
A story broke from last week's GDC that had Blizzard's Rob Pardo hinting the studio has been talking with Microsoft on their next Xbox.

Well it's a load of old tosh say Blizzard reps, who deny that's what Pardo implied in his Lunch with Luminaries discussion. Pardo made "no specific reference" to any future console.

"In the Lunch with Luminaries discussion, Rob said that Microsoft occasionally bounces ideas off of us, with no specific reference to any possible future consoles," Blizzard tells GameSpot.

"This should come as no surprise, as our games run on Microsoft's PC operating system. We aren't in discussions with Microsoft regarding any future consoles."

Originally GamesIndustry.biz reported that Pardo was "seemingly confirming the development process of new console hardware is under way." What's interesting is that Blizzard was able to get their denial in before Microsoft, who doesn't seem that bothered there's talk of another Xbox in the works. 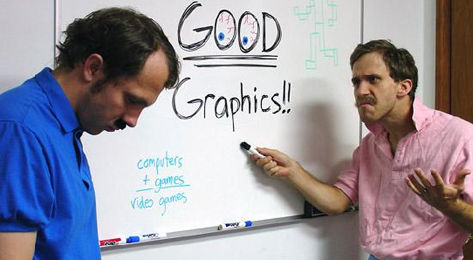