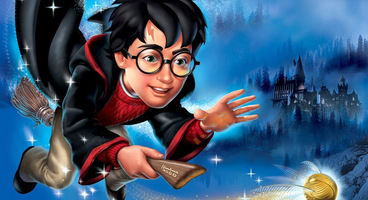 Warner Bros. And TT Games announced today that it's teaming up with the LEGO Group to develop a Lego game for Harry Potter, based on the first four Harry Potter books and movies. The game is called LEGO Harry Potter: Years 1-4 and offers a mix of magical gameplay and light-hearted humour. It's set for release in 2010.

LEGO Harry Potter: Years 1-4 will give gamers the chance to experience the magic and adventure of Harry Potter in a new and uniquely LEGO way. Playing as Harry Potter, Ron Weasley and Hermione Granger, as well as other favourite characters, gamers will have the opportunity to attend lessons, cast spells, mix potions, fly on broomsticks and complete tasks to earn house points. Throughout the game, players will also have the freedom to explore iconic settings from the wizarding world including Hogwarts castle, Diagon Alley, the Forbidden Forest and the village of Hogsmeade!

“With LEGO® Harry Potter: Years 1-4 we are creating an open, wide-ranging experience within Hogwarts that is full of fun and LEGO magic,” said Tom Stone, Managing Director, TT Games. “Harry Potter is one of the most beloved and well-respected characters, and we look forward to bringing gamers a new way of interacting in the universe with the LEGO games’ great humour and exploration.”

“Harry Potter is one of the world’s most popular and inspirational heroes, and LEGO® Harry Potter: Years 1-4 will appeal to a generation of gamers who grew up immersed in the Harry Potter books and films, and also loved playing with LEGO toys,”

said Samantha Ryan, Senior Vice President, Development and Production, Warner Bros. Interactive Entertainment. “The game is geared for players to experience a good mix of puzzle solving gameplay with exploration and battle in some of the most beloved Harry Potter environments, plus a few other surprises.”

“We’re excited to announce this gaming experience based on the amazing Harry Potter universe,” said Henrik Taudorf Lorensen, Vice President, New Business Development, the LEGO Group. “LEGO Harry Potter: Years 1-4 is built around the same values of family-friendly creative game play that are present in other LEGO videogames, while delivering new elements of exploration and depth that we believe will engage children in imaginative play both virtually and physically.”

Expect more on this soon.