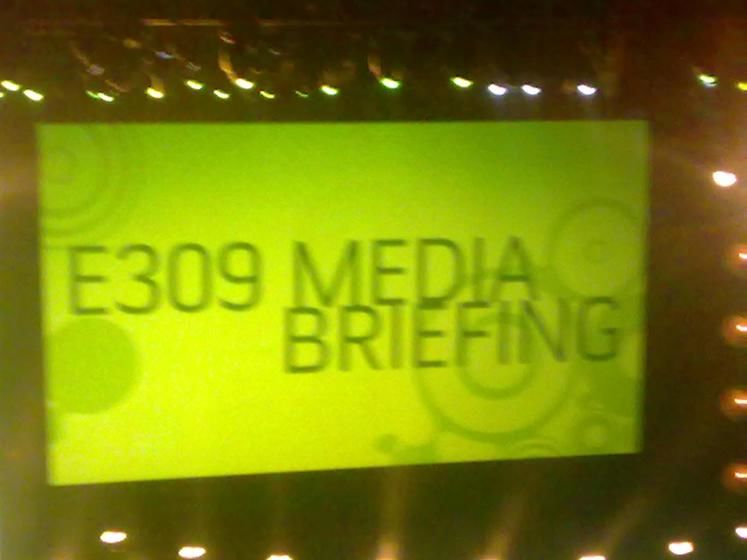 The Microsoft press conference started loud enough, with heavy dance and rock playing and a completely packed stadium. So packed that I was stuck in the back with no wifi, even though it was promised. Guess nobody's perfect. Then again, after the show I heard nobody had wifi, a reoccurring theme for this year’s press conferences, it seems. 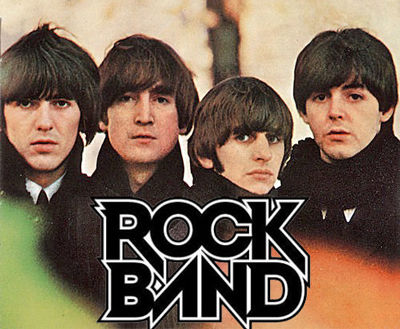 First was an ear-bleeding trailer for Rock Band: The Beatles. With the Beatles complete album re-release on September 9th, the new Rock Band title will also come out. The Harmonix team played a song, with three singers but no word on what that means exactly. ''All You Need Is Love'' will be an Xbox exclusive, and the first album available will have all proceeds go to Doctors Without Borders. Then Paul McCartney and Ringo came out on stage, declaring themselves androids. Good times. Sadly, I don’t know that it will resonate well with the current rhythm game audience, who have already proven that they like Guitar Hero better than the more outspoken Rock Band. 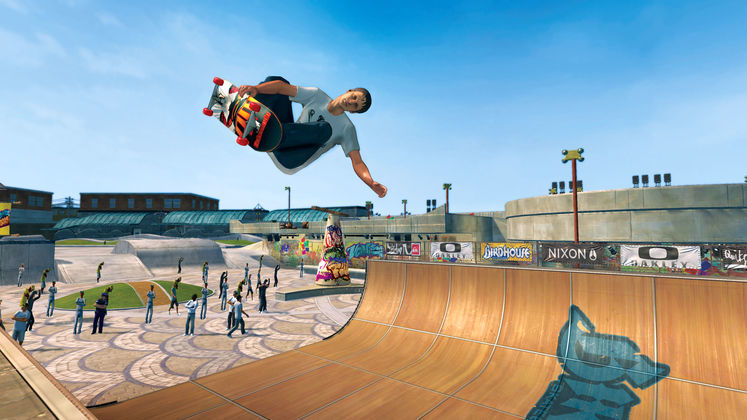 Next, Tony Hawk came onstage to show off his new game using the first skateboard controller. The skateboard features a slew of tech, so it knows where your feet are, where it is, and more. We'll see more of it on the show floor.

Next was the newest from Infinity Ward, Modern Warfare 2. After the trailer that debuted last week, the developers came up, said a few words and got right into the game. It looks great, beginning with players scaling a frosty mountain and quickly skipping ahead to hunting unknown hostiles in a dense snowstorm. Damage taken is bloodier, enemies attack on snowmobiles and in groups. The devs jump on a snowmobile and shoot gangster-style at enemies to much applause. While not exclusive to Xbox, 2 map packs will be timed exclusives.

Final Fantasy XIII, shown running on a 360, played through a battle with their updated battle system. Odin was cheated in to show him off (as they said) and to get the battle done quickly so we wouldn’t see too much. The game is expected to release spring 2010. 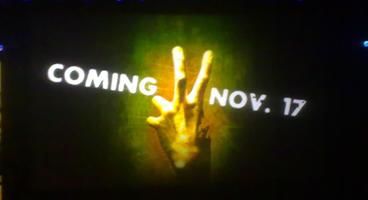 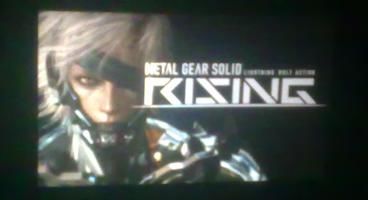 Epic Games and Chair Entertainment showed off an Xbox exclusive for XBLA' shadow Complex. The first look gives us a small taste of a serious adventure title for XBLA. It’s set for release this summer.

Joy Ride is a free title, using avatars, for anyone to race, later this winter. That’s all we know. 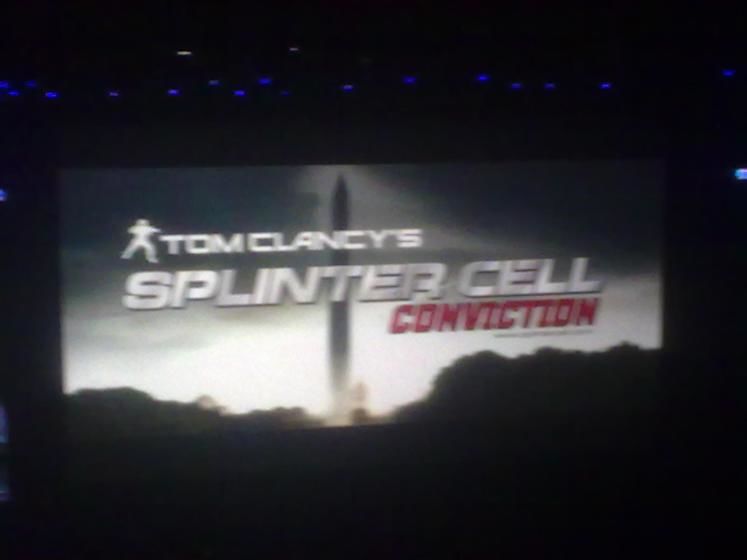 Splinter Cell: Conviction is now an entirely different game. Sam Fisher is on a personal mission, and has left the NSA. The title is made to be a mixture of Assassin's Creed and the old Splinter Cell, with more open world environments and actions. New toys like EMP grenades will be available. The game is no longer stealth-reliant, so running head on into a firefight is reasonable...at times. It will be released this fall only on the 360.

Forza Motorsport 3, the ''definitive racing game of this generation'', Forza will run at 60 fps, have hundreds of cars and will implement further user generated content, such as uploading HD video using the in-game video editor. An example video was shown that, while awesome, undoubtedly took a professional teams work. Forza 3 releases this October. 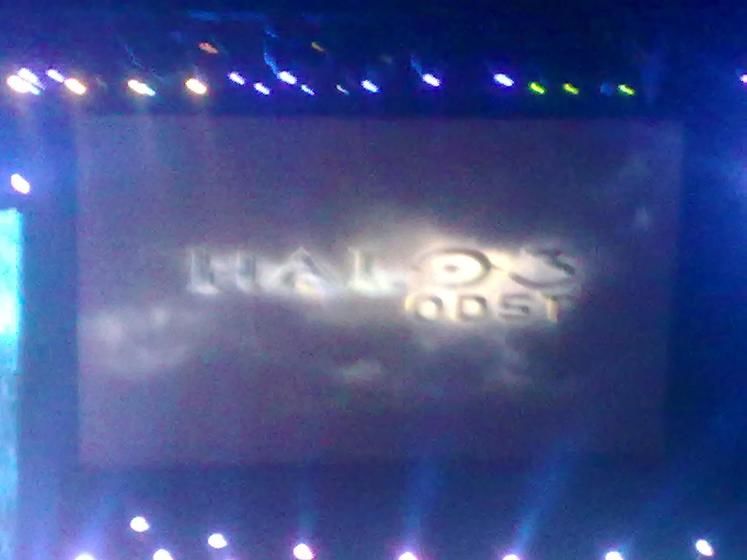 Halo 3: ODST was shown for the first time. It takes place weeks before Halo 3, with players taking control of a rookie who has access to sound suppressed weapons and others. But we won’t be playing as just one character, but many. Why? To tell the story of the battle at New Mombasa. It will release September 22. And there's more. Halo: Reach was announced, and anyone who purchases ODST will get entrance to the beta, later this year. 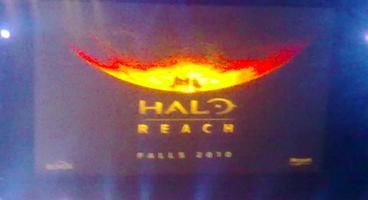 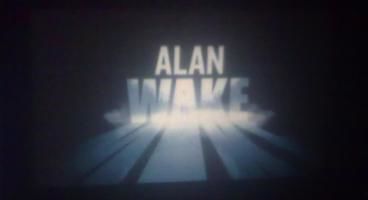 Alan Wake was next, with a brief gameplay showcase. Fighting specters, there's little to say, except to watch the trailer. Alan Wake looks like it’ll be a great storytelling game, one we’ve been waiting on for quite some time. It will release spring 2010.

Some quick updates for Xbox Live:

Last.fm will be available for free for XBLA

Sky will allow XBLA users in the UK to watch live TV.

1080p video that starts instantly will be available, through Zune Video.

Videos and games can now be shared with friends in real-time.

Metal Gear is coming to Xbox, with Metal Gear: Rising, which will be all about Raiden. We can only assume that it will be a mixture between Devil May Cry and Splinter Cell style gameplay. Not sure though. If we see more at the show, we’ll post on it.

Finally, Project Natal was released. Years of work and rumors that we’ve seen on and off reveal an add-on for the Xbox 360 that contains a camera and microphone which allows players to interact with their consoles using either voice controls, hand gestures or body movement. This is the most comprehensive design we’ve ever seen, and it is by far the most incredible entertainment add-on ever. 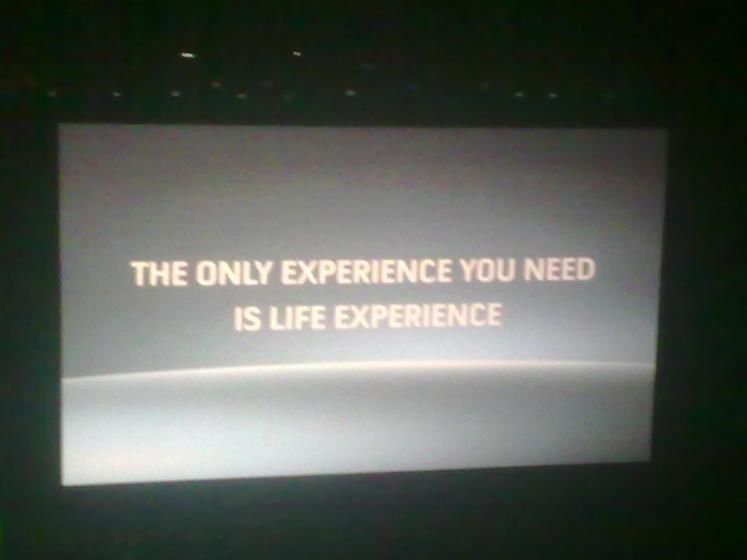 Several things were shown with Natal, but none of it was live, so we’ll have to report back when we meet with Microsoft. Games will be available to play using the camera solely, similar to how the Vision camera was utilized, but now it will also feature depth and placement understanding (which led to a jab at Nintendo’s upcoming MotionPlus). The dashboard can be controlled with hand gestures, as can a special art program that Microsoft showed off. The options are limitless, though obviously we’ll need to try it out to see how well it really works. Natal, however, was the most impressive part of Microsoft’s excellent press conference.