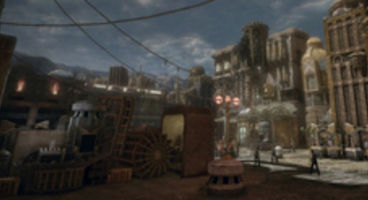 The Australian outfit may also be shuttering for good. Edge of Twilight was due out for Xbox 360, PS3 and PC this year - not right now it's not.

"A second source, also formerly of Fuzzyeyes Studios, offers similar information about the fate of Edge of Twilight and the game's developer," reports Kotaku. So far publisher Southpeak Interactive has been quiet on the fate of the game and developer studio.

It was billed as a third-person action adventure, complete with a "post-apocalyptic, Steampunk fantasy world" to play in, says the official website. We got to play as Lex, the only surviving half-breed caught between polar opposite civilizations - bummer.