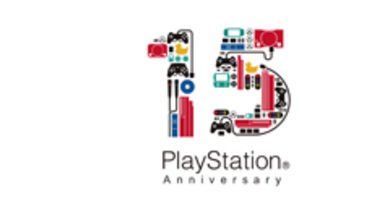 Well it barely launched in 1994, it was December 3rd after all. Sony is gleeful over 15 years of PlayStation and has put up a spiffing website.

That grey slab of a console launched in the US September 9th, 1995 and September 29th in Europe. Home gaming was never the same.

The Sony Computer Entertainment Japan webpage has a timeline of all things PlayStation, though because it's technically 15 only in Japan it's of course all in Japanese.

Still it'll be 15 years old come September 2010 for us here in the West, and then we can have our own spiffing timelined website of Sony product nostalgia - yeah! Did you own a PlayStation back in those retro nineties? It changed everything it did.