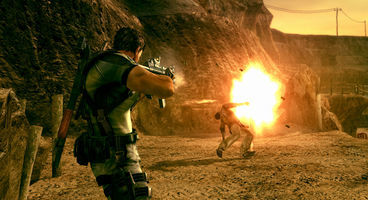 After having to wait an extra week for the Resident Evil 5 demo, it seems PS3 owners might have the last laugh after all. Capcom have promised some new "exciting content coming for PS3 users," leaving any 360 owners in the dark about additional material for their console of choice.

Capcom’s Shawn Baxtor said on PlayStation Blog, "We haven't announced any plans for DLC yet. So I say, rumours!"

Later, Shawn added, "Alright, so I did some digging about some of your questions around here. So far mums the word on DLC, but I will say there's some exciting content coming for PS3 users... ;) More on that soon."

Discussing the 5GB install for the PS3, Baxter continued, "Ultimately, this comes down to load times. Basically, the install decreases load times. I have the 40gb, so I know what it's like to have a HDD fill up."

The full game is released on March 13th, with the demo available now on both the PS3 and Xbox 360.