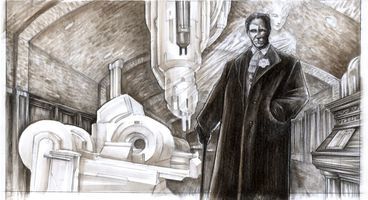 German publisher dtp entertainment has announced that it will release Gray Matter, an upcoming adventure game for PC from cult writer Jane Jenson, in March 2010.

The game was firstly delayed from late 2007 into 2008, and then received further delays into 2009 when dtp dropped the Hungarian developer with Wizarbox, a French developer. With all these delays taking place, could March 2010 be the final date?

Gray Matter is the first adventure game by renowned author Jane Jensen since the release of Gabriel Knight 3: the story mixes eerie goings-on with supernatural events in best Jensen-style. Neurobiologist Dr. David Styles is one of the game’s central characters: since losing his wife in a horrible accident some several years ago, he has become a recluse, seldom leaving Dread Hill House, his English country estate.