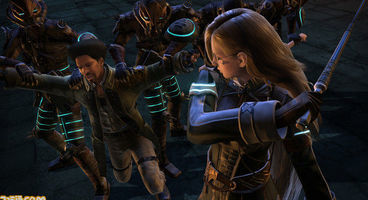 Square Enix has just confirmed that Final Fantasy XIII will be released for the PS3 in Japan on December 17.

A PS3 bundle with FFXIII is also planned.

Early reports on this release date came out last night, but Square has confirmed the news at a Final Fantasy XIII event currently taking place in Japan.