Games market could split between motion and traditional says EA

10 June 2009 | By Simon Priest
EA CEO John Riccitiello believes this impending new age of motion control could end up claiming "half the market," while controllers cling to the other.

He argues that only some games would make a good fit to the tech, a game like FIFA wouldn't do so well on Natal - it would be "frigging tiring" with all that jumping about.

"My guess is that where this ends up is: motion controllers end up with half the market. And the other half still ends up with a more traditional game controller," the EA boss tells Kotaku.

"I really don't know if you're going to want to play FIFA with a motion control device. First off, a 75-minute session would be frigging tiring, jumping all over the place. And frankly the traditional controller is pretty fun."

"I don't know where, for example, shooters end up, but the camera and/or infra-red reception doesn't give you the precision for a shooter that you get out of a traditional controller."

"While you can certainly look at Natal and say, yes I can have a gun and do this with it, I don't know that that's necessarily how I want to play,"

Riccitiello believes that fitness based games would do rather well on Natal, where as 3D movement in space "might be best done on the new Sony system. That brings to mind any number of interesting duck and cover game mechanics that could be fun."

" For what it's worth I'm not sure that anybody wants to play Splinter Cell and actually duck-and-cover as much as is involved in Splinter Cell, because it'd be like doing 700 squats."

It's an interesting dilemma the industry is developing for itself, what wonders and solutions will await us videogamers come launch time? 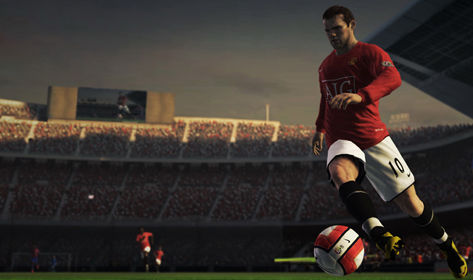