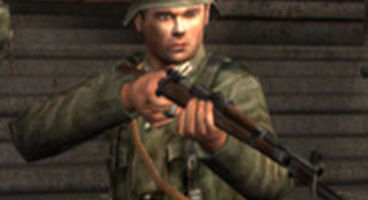 1C Company and Tripwire Interactive today announced that it's working on a next-generation sequel to Red Orchestra, the multiplayer WWII shooter for the PC.

Red Orchestra 2: Heroes of Stalingrad will be built using the Unreal Engine 3. No confirmed platforms or release date yet, but expect more details at Gamescom 2009.

Red Orchestra 2: Heroes of Stalingrad will focus on the Battle of Stalingrad and the surrounding operations, both German and Russian, from July 1942 to February 1943. The game allows the player to experience one of the most brutal battles in all of human history. The game consists out of two campaigns - the Red Army and German missions. Delivering unrivalled accuracy and attention to detail, along with gritty, vicious combat in multiplayer, co-op and solo modes the game will feature everything from quick, brutal firefights to more intricate and challenging simulation modes.

The developers have built upon their huge success with the last title and have added a slew of new features including:

RO multiplayer taken to new heights: In addition to the award winning Territory gametype from RO, all new gametypes such as Firefight and Countdown add greater diversity, replayability and fun.

Persistent Stats Tracking and Player Progression: Grow in rank, earn medals, improve abilities, and become a Hero - all visible to the complete online gaming community and embedded within the game.

Heroes: Obtain the ultimate goal and become a Hero online. Players with hero status inspire troops around them and cause fear in their enemies. Heroes have access to the best and rarest weapons and equipment, and will stand out visually from the rest of the soldiers.

Stalingrad Campaign: The Stalingrad campaign will feature the multiplayer maps used in a campaign layout recreating the battle for Stalingrad from both the German and Russian sides.

First person cover system: Experience the ultimate firefights that a cover system allows, from the immersion of a first person view. Peek or blind fire over and around cover and more.

Squad Command: Command fire teams on the battlefield using an easy to use first person interface.

Co-op: Players can connect with their friends and battle the AI in multiple game types including the Stalingrad Campaign, Skirmish Mode, and more.

Morale: Experience what it is like to be a soldier in one of the bloodiest conflicts in history and the importance of a soldier’s state of mind and how it can turn the tide of battle.