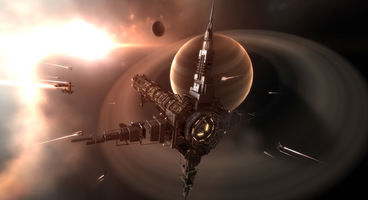 As you may have heard, EVE Online creator CCP is planning a cleanup of the game’s backstory, in order to help achieve their goal. In a recent developer blog, Tony Gonzales, the man behind many of the game’s recent canon update and author of the official novel, outlined CCP’s eventual aim:

“To combine every tool-chronicles, short stories, novels, videos, mission content, and epic storyline arcs-in such a way that the full scope of any one major story thread is covered in part by each of these mediums.”

However, many of the “mistakes, contradictions, and general inconsistencies,” he alludes to were caused, according to many players, by Tony Gonzales himself. One player commented on the news by saying:

“Some of (Tony Gonzales') other work shows a disturbing lack of familiarity with the background material, and in fact a number of the major inconsistencies that now need fixing were actually introduced by him.”

They responded by saying that they would take a 'middle ground';

“The story team will post the change list in the near future though, so perhaps not all of the forum hubbub is as drastic as imagined.

We’ll obviously be taking the path of least resistance to practically fix inconsistencies before more content is added on top of it—which we plan on doing in a major way.”

The changes were due to start today, so keep an eye on the EVE website for further updates.