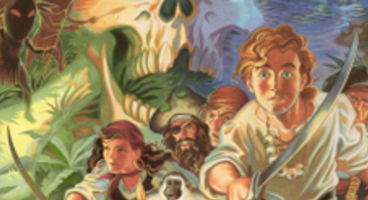 While LucasArts were busy resurrecting Monkey Island with the Special Edition, which released this summer, a dev found some gems.

Designer Adam Bormann was riffling through old SCUMM code and come across loads of old stuff, just "commented out" and not removed.

"One of the things I worked on was the new hint system, which meant a lot of digging through the old original SCUMM source code to figure out how Ron Gilbert, Tim Schafer and company were tracking the state of different puzzles and whether Guybrush had completed something or not," wrote Bormann on his developer blog, reports Kotaku.

"One thing I quickly noticed was that Ron and Tim had left a lot of notes in the code, explaining why things were the way they were, or putting a date when a certain bug was fixed. This was fascinating to see and read."

"The other thing I noticed is that when they made some changes, they left the original versions of the code in there, but commented out, so that it wouldn’t be used," he added. There's quite a bit salvaged from the hidden scriptures of Monkey Island.

Head over to the LucasArts Workshop if you want a trip down memory lane, although technically you'd have no memory of these words... or events. Whatever.