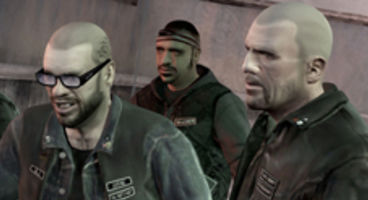 The latest PC update for Grand Theft Auto IV has arrived and with it have come achievements for the first DLC episode released.

The Lost and Damned is now believed to be free of obligation to Xbox 360, and can at least extend to PC versions. PS3 unlikely, but possible.

TLAD: One Percenter, TLAD: The Lost Boy, TLAD: Easy Rider, TLAD: Get Good Wood and TLAD: Full Chat has been patched in to GFWL, reports GTA4.net.

As for any sign on PS3, there's none and it wouldn't be wise to hold your breath. The PC version of GTAIV is of course handled by Microsoft's Games for Windows Live after all. Rockstar entered into an exclusivity deal with Microsoft for two DLC pieces.

Either that contract has now expired or it included Rockstar eventually adding them to the PC version, and still to keep away from the PlayStation 3 - who knows!?