SEGA announces return of Virtual On for Xbox Live Arcade 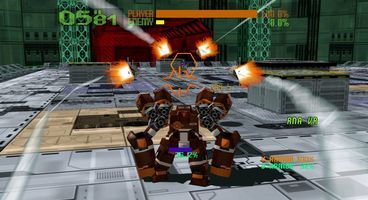 SEGA today announced the return of Virtual On, the classic mech arcade fighting game. Players will be able to revisit the Virtual On universe with several enhancements which include improved graphics and online multiplayer. Cyber Troopers Virtual On Oratorio Tangram will be available Spring 2009 exclusively on Xbox LIVE Arcade.

Developed by SEGA’s AM3 division, famous for titles such as Crazy Taxi and Virtua Tennis, Cyber Troopers Virtual On Oratorio Tangram is based on the latest arcade version of the second game in the franchise, which is critically acclaimed and widely considered to be the best in the series. Players will square off against an AI or human opponent as they dodge, shoot, and slice their way to victory in one of the game’s many futuristic environments. Since the Virtuaroids dash with such quick movement, players are required to diversify their tactics, all while keeping a keen eye and quick trigger finger.

Available for the first time on Xbox LIVE, Virtual On features high-octane mech action with 15 playable Virtuaroids. Players can choose how they want to play as each mech has its own defining characteristics. The game delivers an online 1 vs. 1 multiplayer battle mode, as well as fast-paced single player action through 10 Arcade-mode levels and 14 Score attack stages. Virtual On features numerous ways to earn achievements as well as voice communication. 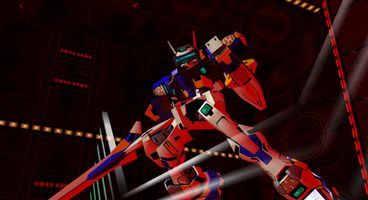