15 May 2009 | By Simon Priest
It wasn't an online resume or a survey leak, but perhaps an over enthusiastic update to Xbox.com's XBLA product listings that revealed the game?

Wolfenstein 3D is being published by Acti and handled by developer Nerve. Unfortunately the page doesn't carry a release date nor mention any features of the game, aside from HD.

The classic from id Software, originally released in 1992, puts the player in the boots of William "B.J." Blazkowicz as he makes his escape from a Nazi super stronghold which just so happens to be the home of Operation Eisenfaust - the goal of creating the perfect army.

The screen grab below proves we aren't telling big porkies. 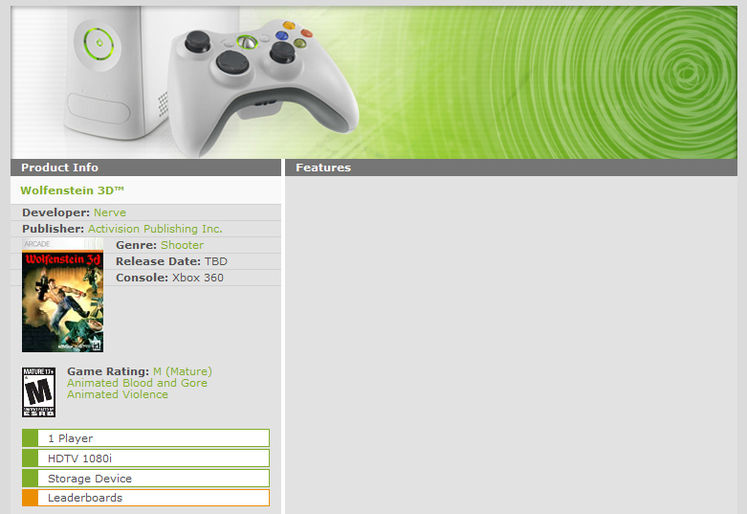