16 July 2009 | By Simon Priest
Microsoft has big ambitions for Project Natal in the gaming world, and even possibly in the corporate space too according to Bill Gates himself, it's "pretty exciting."

EndWar's Michael de Plater believes Natal could really spice up the console RTS, the use of "voice and gesture" would really be something for gamers, "powerful and immersive."

"Natal doesn’t only have the camera, but the microphone as well," said Ubi studio boss de Plater. "The combination of voice and gesture could be really powerful and immersive."

The Ubisoft man was also excited to see the new RUSE strategy game, based on bluffing your opponents, used on a Surface table interface. "Obviously, not everyone’s going to have a Surface table, but on the Surface you’re playing with gestures. You’re moving your hands to select, and you’re pointing. They’re really intuitive natural gestures," he said.

"If the technology works, so you could translate the interface they’ve already got working really well on RUSE into Natal, it could work very, very well."

Meanwhile, super rich man Bill Gates has revealed that Microsoft want to involve Natal in the office as much as the living room. Commenting the technology isn't just for games, "but for media consumption as a whole, and even if they connect it up to Windows PCs for interacting in terms of meetings, and collaboration, and communication."

Gates, whilst talking with CNET news, said that adding Natal to a Windows environment "is getting much more concrete, and is pretty exciting." Will Windows 7 grow to support Natal? 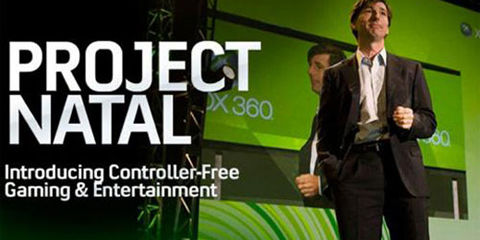