16 October 2009 | By Simon Priest
Next week for Xbox 360 and PS3, Gearbox's colourful Borderlands will launch and then it arrives for PC gamers the week after that. The first DLC piece has just been tattled on.

It'll involve a whole region swarming with zombies, where the player will have to help out a Dr. Zed. Quests are about trying to "cure the inhabitants" of this unfortunate turn of events.

"Tasked with keeping the workers of Jakobs Cove alive, Dr. Ned (who is not related to Dr. Zed from Fyrestone) does his job a little too well, creating zombies and other abominations that now run rampant in this region," blurbs the description, reports Giant Bomb.

"Players will have to work alongside Dr. Ned as they embark on a quest to cure the inhabitants of Jakobs Cove in this full-fledged expansion filled with new enemies, new quests and rare loot drops." As long as rare loot drops are involved, no one should feel cheated.

The undead DLC will be on sale for $9.99 for all the platforms of the game, and 'The Zombie Island of Dr. Ned' is revealed as the "first in a series" of planned add-ons.

Borderlands is being released on Xbox 360 and PS3 October 20th, and on PC October 26th. 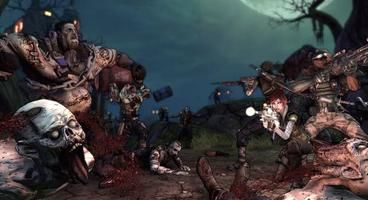 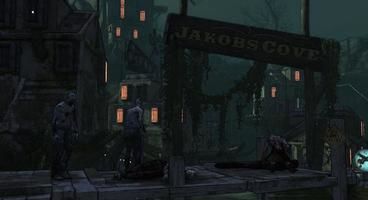