19 June 2009 | By Simon Priest
After the latest launch of the America's Army game, the actual U.S. Army decided it would dismiss the team who built it, all for "consolidation" purposes.

This is all in a bid to "gain efficiencies" between their public and government apps. They "appreciate" the hard work of the devs, but now Redstone Arsenal, AL offices take over AA.

The Emeryville, California-based development offices have been closed so that Redstone Arsenal, Alabama will take over future projects on America's Army.

"This consolidation will allow us to gain efficiencies between our public and government applications," a U.S. Army representative explained to Shacknews. "We appreciate all the hard work that every member of the America's Army team has contributed to the project, and we look forward to delivering future America's Army game releases in the months ahead."

Just another day in this glorious man's army, well, not for poor Emeryville developers. 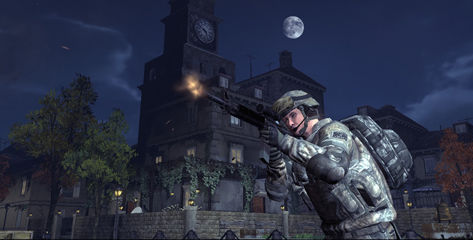