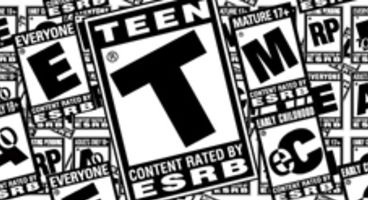 Remi Racine of Artificial Mind & Movement has said how many developers try and trick the ESRB into giving their games much lower ratings.

"As a developer who has worked with a lot of different publishers, we're aware of many that have tried to cheat the rating," said Racine during the Montreal International Game Summit, reports Edge.

"They say to the ERSB that it’s a Teen rating rather than an Mature to try and sell more; you can do this just by sending them a video that doesn’t show the most violent stuff and then you’ll get the rating that you want rather than the rating you should get.” Scandal!

“We have to make sure that everyone behaves and that the ERSB is duly diligent. Maybe getting your game out at a certain rating will help that game, but it’s really not going to help the industry as a whole,” continued Racine.

The ESRB has offered a counter to this claim. “ESRB takes full disclosure of content during the rating process extremely seriously, and companies that submit their games to ESRB know this very well," said spokesperson Eliot Mizrachi.

"We regularly check games post-release to verify that submissions were complete, and it’s very likely that if a game contains undisclosed content that would have affected the rating assigned, we’ll find out about it."

"In such cases ESRB can actually impose fines up to $1 million as well as require corrective actions like re-labeling or even recalling product, both of which can obviously be very costly," they continued to point out.

"There’s no incentive whatsoever for publishers to withhold content from ESRB in an effort to receive a lower rating, and those that would do so risk significant penalties.” The ESRB offers a voluntary ratings stamp on its games, unlike the BBFC in the UK with PEGI soon to replace them as the official industry ratings body in the British Isles.