20 March 2009 | By Simon Priest
Asked where the game narrative will be by 2016, in time for Edge's 300th issue, Peter Molyneux predicts truly adaptive player characters.

Videogames have a "uniqueness and adaptability" no other medium can enjoy. The gaming veteran also reckons we'll have an "equivalent" masterpiece to 'The Godfather' film by then.

"We’re starting to realise our uniqueness, and that we’ve got the ability to do things that no other medium has had before. I think by 2016 we’re going to have a truly amazing story, which will be cited as the equivalent of ‘The Godfather’ on film," Molyneux tells Edge.

"The uniqueness and adaptability of the content, the fact you feel you are the hero character more than you are empathising with the hero - these are all things you can see evolving. I look at 'Grand Theft Auto' and the Niko Bellic character, and I realize that we’re really getting a handle on how to characterise somebody."

"Moving forward to 2016, you’re going to see new forms of characters that we’ve never seen before, and those characters totally adapting to what you’re like as an individual," said the Fable man. Could Peter Molyneux be right? Have we come far along enough to reach this 2016 prophecy of kick-ass storytelling? 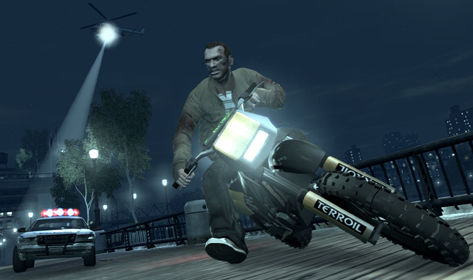