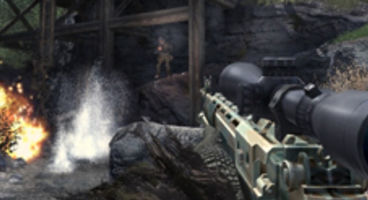 According to code rummaging enthusiasts, Infinity Ward has three 'hidden' multiplayer modes and one involves a nuclear missile silo.

The second is a capture the flag match and the third is VIP, where you protect or kill the important person. Planned as DLC unlocks?

"The second gametype – “oneflag” – is One Flag CTF. To play, capture the flag in the middle and bring it back to your base," they continued. "The third gametype – “vip” – is VIP. To play, defend the VIP. Or, if you’re on the other team, kill the VIP."

"These gametypes were only tested on Afghan and Favela." So they might not be supported for all the game maps. It's insinuated that Infinity Ward and Activision will pull a dirty trick and have us pay to unlock this hidden code as DLC. Surely they woouldn't...?