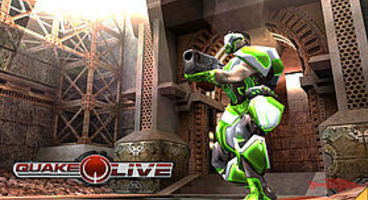 id Software's free web-based multiplayer game Quake Live is due to be released to the public via an open beta on Tuesday 24th February.

Based heavily on Quake III, anyone who wants to play the game should head over to quakelive.com when it finally makes an appearance.

The launch of the open beta will swipe away any stats players already had, as closed beta players will also lose their accounts if they haven’t logged in within the last 28 days.

Revealed in 2007 as Quake Zero, the project was eventually renamed Quake Live due to an argument over the domain name.