22 January 2009 | By Simon Priest
The Lord of the Rings Online community can breathe safely once more as a weird triangle issue for male elves has been cast into Mount Doom.

The third patch for Mines of Moria also fixes the 'Master of War' trait. Escort NPCs won't backstab you when using Noble Mark, and "40 times the intended threat" won't happen.

This patch is due to go live today for online Tolkien-ites. See below for the full release notes. 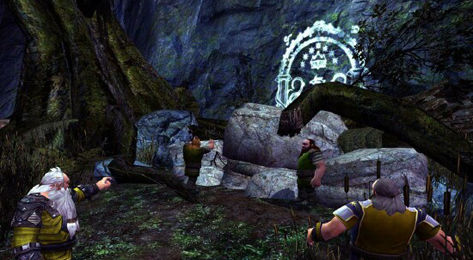 Mines of Moria - Conquer The World Beneath

The following issues have been resolved when Master of War is traited.

o Escort NPCs will no longer attack you when using "Noble Mark".

Thili should now be responsive to all players and advance after defeating the Orcs at the Bridge of Khazad-Dum. You can now get out.

The odd triangles on male elves wearing Lorien armor have been addressed.