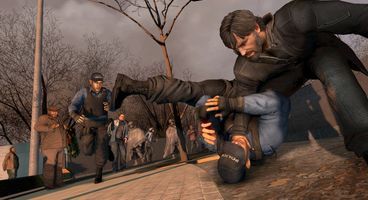 Splinter Cell: Conviction lead designer Steven Masters told Kikizo that Ubisoft could develop the upcoming stealth action title for Sony's PlayStation 3, but said that the decision to go with the Xbox 360 exclusive was purely a business decision.

"Ubisoft as a company now has a lot of experience with PS3. Our processes, tools, techniques are very well-developed - we could absolutely execute on the PS3 if we had the opportunity, but like I said it was a business decision," said Masters.

It's possible that this could be a timed exclusive, so perhaps Conviction will be developed for the PS3 in the future. Would that make you happy?

Splinter Cell: Conviction is due for release on Xbox 360 and PC in October 2009.