Rockstar: Lost and Damned narrative "exceeds what's out there"

He said there's a lot of "super-talented people" toiling away at the Rockstar studios with the "quality and the calibre of their work," he believes, exceeding other mediums.

"If you put The Lost and Damned up as a movie script, man, it’d be crazy," said Barrera during the podcast.

"We want the gamers to realise that there’s a lot of super-talented people working on this stuff, and the quality and the calibre of their work, I think, exceeds what’s out there is all other mainstream media."

Rockstar Games have always kept gameplay secretive when unveiling a project in favour of teasing story and reserving full rights to edit and produce any and all promotional media.

"This medium needs to be driven be the quality of the content and the story," he said. "Some stuff ends up being so generic these days. We want to have something that stands up to all mediums."

"Not to say there’s anything wrong with aliens and space marines and all that stuff, but for us it’s focussing on delivering quality, whether it’s the story, the animations, the art."

One of the criticisms levelled at Grand Theft Auto IV was the lack of rewards given to the player. Killing 200 pigeons around Liberty City to be given the opportunity to pinch an assault helicopter stored in an inconvenient place isn't very rewarding.

This is something the developers have obviously come to regret as The Lost and Damned adds some of that spice back into the marriage. There's more than just story behind the GTA franchise guys, don't forget why it was so fun to begin with.

Is Grand Theft Auto in danger of losing itself to 'art'? 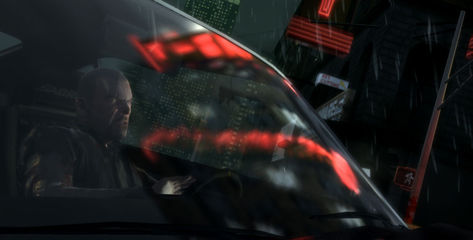