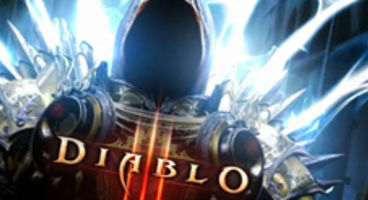 Blizzard has broken a billion hearts by confirming, sort of, that Diablo III won't be seeing a glorious 2010 release date. So, 2011 then?

Rob Pardo admits they announce their games "too early," and reveals there's no 'finish line' in sight yet. It's a "good time to exhale."

"We always announce all of our games too early,” Blizzard's Pardo told Techland. "We realize that and go, ‘You know what? Next time we’re not going to do that.’ And then we always fail at that. But I’d rather fail at that than fail at making the game great."

"I think it’s safe to say that, yeah, (Diablo III) is not going to be out next year.”

It's not a case of diverting resources away to bolster StarCraft II or World of Warcraft's Cataclysm expansion, both of which are due in 2010. It's just how they develop their games.

"Each game has individual development teams; it’s just that the way that we develop games, we develop them very iteratively,” he explained. “We just have a different process and approach than a lot of other studios, and it makes it a very difficult process for us to predict street dates when we’re multiple years out.”

“We’ve been wrong (on release dates) for as long as I can remember,” Pardo added. “So that’s why don’t do release dates anymore.”

“Now when we announce (a game) we just go, ‘Here’s the game we’re working on, we’re going to start talking about it and who knows when it ships.’” It's done when it's done.

Are you gutted there's to be no Diablo III launch next year? Surely StarCraft II can tide you over until the triumphant return of the iconic dungeon romp?