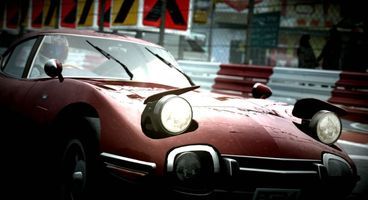 Microsoft executive Tom Burt who owns a Tesla Roadster has been visited by Turn 10 and Microsoft Game Studios to record sounds from his electric sports car for a new game in the Project Gotham Racing franchise.

"A team of sound engineers from Microsoft Game Studios (some working on Forza, some on Project Gotham Racing) asked if I was willing to take my Roadster to a track so they could record a variety of sounds," wrote Burt on a public Tesla Blog.

"Some time ago they had the opportunity to record Tesla motor noises when a prototype was being run on a dyno at Tesla. But the teams were excited about the prospect of recording other sounds, particularly tire skid and squeal noises, without the interference of loud engine and exhaust noise."

Bizarre Creations were the original developers for the Project Gotham Racing series, but have since moved over to Activision to work on Blur. It looks like Turn 10 (Forza Motorsport 3) will now be taking over the helm for the series.

Update: A Microsoft spokesperson has told us: "Microsoft do not comment on rumour or speculation." Guess we'll have to wait a bit longer to find out more about this.