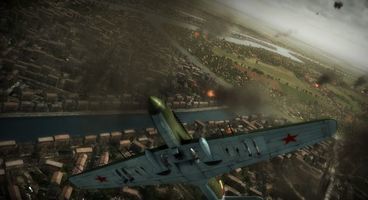 505 Games has announced that a patch for the PlayStation 3 version of IL-2 Sturmovik: Birds Of Prey is currently in development and will be released soon.

The patch applies a number of fixes reported by PS3 players, including:

- Voice chat issues relating to more than 12 players with headsets at any one time.

- Keyboard support and full mapping for all buttons.

- Performance boosts for the Berlin missions.

- Improved handling for the Mustang P-51.

Are there anymore changes not on this list that you would have liked to have seen included?