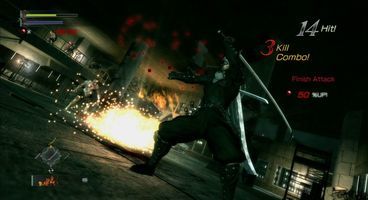 Microsoft and FromSoftware announced today that Xbox 360 exclusive "Ninja Blade" has gone gold and will ship to retailers in the UK on April 3rd.

FromSoftware, well-known for their work on "Armored Core" and the "Tenchu" franchise, created a modern ninja epic where Ken Ogawa and his team of skilled fighters battle a terrifying disease that transforms the citizens of Tokyo into an infected monster horde. Armed with an extensive arsenal of ninja weapons and abilities, including Ninja Vision and Todomé Attack, players confront grueling challenges in their mission to save humanity.

Get a head start on the action by downloading the “Ninja Blade” demo on Xbox LIVE Marketplace. Available March 9, this free demo will provide players with an engaging first look into the world of Ken Ogawa and a chance to battle the monster horde before the game hits store shelves in April.