27 July 2009 | By Simon Priest
Ashley Cheng of developer Bethesda says you can only count "on one hand" the publishers who could foot the bill for Bungie's next game project after Halo.

He can only imagine "how much it will cost" to land the rights to their next franchise property. Previously, Bungie's Lars Bakken has said they are, "I guess, close" to signing with a publisher.

"You can count on one hand the number of publisher's around who can afford to publish Bungie's next game: EA (via EA Partners), Activision, Ubisoft, Microsoft, and of course, Bethesda. I can only imagine how much it will cost to snag their next title," blogged Cheng.

"There is one more publisher who could get into the game: Sony. That would be interesting. Unlikely."

Speaking with Eurogamer, Bungie's Bakken said: "I think internally we'll know sometime soon. I don't handle these things, but I'd imagine we're going to know way before we make the public announcement of who's handling that! But sure, I think those talks are, I guess, close."

Currently team Bungie are hard at work on Halo 3: ODST for release this September 22nd and on next year's Halo Reach. Once done it would appear the now independent studio is free. Who would you like to see 'snag' Bungie's next game? 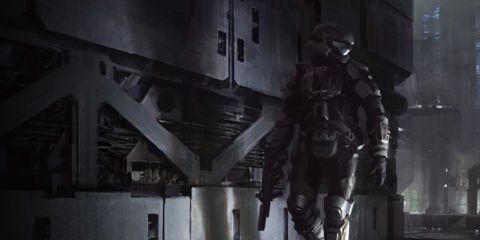